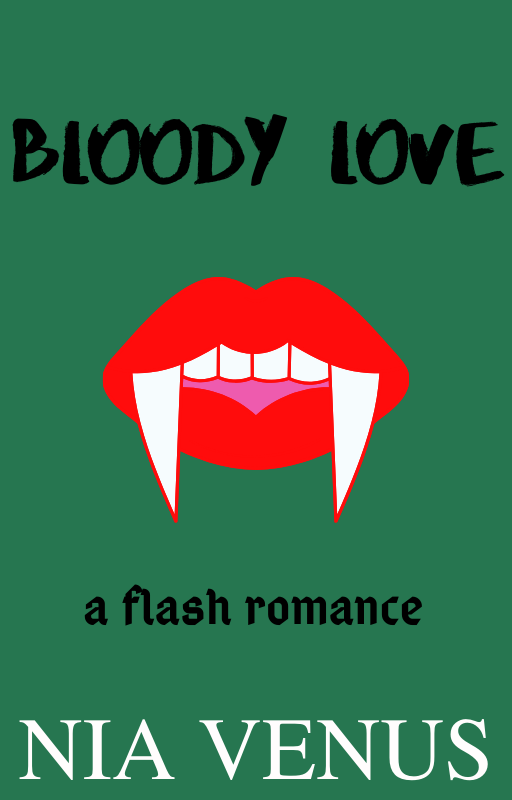 One minute I was twerking on him, and the next minute he had carried me halfway across the club as blood leaked from my neck. No man had ever made me feel the way he did, but what was I doing? Was I crazy to be dating a vampire? Was I crazy to be willing to transform myself for him?

I looked up into his eyes and strained to hear his words as my blood dripped across the floor. “I’m telling you babe. You will love being a vampire. We’ll have so much more fun together. Just trust me.”

Rap music thumped in the background as he yelled at everyone to get out of the bathroom. The girls all dressed in short skirts scurried out in a single file line at the sound of his words, almost like he casted a spell on them.

I didn’t think the time would come this soon, but it was the price I had to pay in order to stay in a relationship with this kind of man. He loved me and he wanted me to have power, just like him. It was hard not to admire that, especially given that every other man I’d dated never want me to be powerful at all, in any way.

As I inhaled, the smell of cheap whiskey brushed underneath my nose.

Donte stared into my eyes and then licked me where he had bitten me a few minutes prior. “Yep. I can just feel it. I know you can feel it too. I can read your mind.”

He gripped me with his strong arms and I shuddered. It wasn’t that I didn’t feel safe, I was just deathly afraid of the unknown. Or maybe I was just afraid of letting go. Afraid to give him so much control and to relinquish so much of my own, even if only for a moment.

“When your transformation is over you will be able to read my thoughts too, babe. You will have all sorts of abilities.” He licked his lips.

The two cuts on my neck dripped and began my transition into a female vampire. It was enough to be black and female, but a vampire, too? I was seriously crazy in love.

“Don’t worry. I know what I’m doing. You’ll be fine,” he said as he thumbed through his vampire initiation e-book on his phone.

He had never turned anyone before, so I found it hard to believe that he knew exactly what he was doing. But I loved him, and I wanted to trust him. I touched my neck again and felt the bite marks open wider. Blood leaked down in droves and created a crimson pond on the bathroom floor.

“It hurts! Why did I do this!” I yelled out. I wiggled from his grasp, ran out of the tiny bathroom stall and looked for a paper towel to stop the blood from flowing, but on my way I collapsed onto the floor, barely able to breathe. I heard angry club goers jingling at the doorknob.

“Help me, you gotta hurry, they will send security soon,” I strained.

He walked over to me with a cup in his hand which had just held his whiskey. I closed my eyes and surely accepted this would be the end of my life because I was losing way too much blood.

The warmth of his body washed over me as he kissed my lips, and the next thing I felt on my mouth was the rim of a cup that he had apparently filled with something. But what?

Just before I blacked all the way out, I could taste the thickness of blood as it funneled through my mouth and down my throat. Was he feeding me my own blood?

Though I was repulsed, with each gulp, I felt stronger. After I finished a few ounces of the blood, I hopped up full of energy as if I had just drank a tub of coffee. Pleasure surged through me as I jumped up and down and yelled with excitement.

“I don’t know what the fuck did you just did Donte—but I feel so damn good right now!” I threw my arms around him and we tongue kissed.

He fondled my breasts and backed up so he could see my face. “All I did was let you taste your power. And now we can be powerful together. You will always feel this way now,” he said.

I felt a tingling in my mouth and when I turned around to look in the bathroom mirror, I saw that long fangs stuck out from underneath my red lipstick. I looked like something from a movie and almost jumped out of my skin when I saw myself.

“Hey! Get out!” I heard keys jangle and I looked at my new vampire bae in horror.

He licked his lips. “No worries, babe. Don’t be scared. You’re a vampire now, with vampire man. Stick with me and you will never need to fear anything anymore.”

I smiled and looked back at my new set of vampire teeth and as I watched them shine and glimmer. I knew I had made the right decision.

CHECK OUT MR. MAGICK TODAY IN E-BOOK OR PAPERBACK ON AMAZON